(2016-2019) Modelling the drivers of population change in Australia’s most numerous seabird, the short-tailed shearwater (Ardenna tenuirostris)

Modelling the drivers of population change in Australia’s most numerous seabird, the short-tailed shearwater (Ardenna tenuirostris)

Seabirds are top order predators which account for the greatest marine biomass extraction throughout the world and, consequently, play an important role in marine ecosystem dynamics. In addition, as transporters of marine nutrients to their breeding colonies, they act as de facto ecosystem engineers of the terrestrial island habitats where they nest. Seabirds also exhibit distinctive and measurable responses to environmental variability at a range of temporal and spatial scales making them early and effective indicators of the effects of climate change on marine ecosystems. In particular, abundant, highly mobile species such as trans-equatorially migrating procellariiformes, could be especially useful indicators of global environmental change. The observable behaviours and demographic parameters reflect and integrate both the spatial variability experienced during the annual cycle and the temporal variability experienced during their long lives.

Australia’s endemic short-tailed shearwater (STSW, Ardenna tenuirostris) is an example of such a species. Its breeding distribution is restricted to south-eastern Australia, currently the fastest warming oceanic region in the world and where currents are predicted to alter due to climate change, potentially resulting in considerable changes to STSW prey populations. Accurate knowledge of the factors affecting the population dynamics of species such as the STSW is urgently required to predict how global change will affect them, the prey populations they depend upon, and the ecosystems they influence. The aim of this project is to improve our understanding of the impacts of global change by establishing links between STSW demographic parameters and environmental variability, using a novel integrated approach. To do so, we will integrate data obtained from standard biological monitoring techniques with that from state-of-the-art animal tracking and remote sensing approaches in a novel modelling framework. 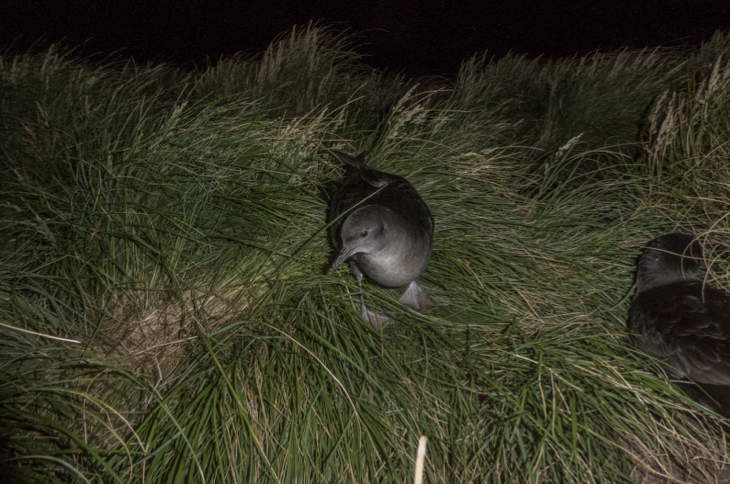