Aim : Since 2004, in January-February, 4 areas of mudflats are being monitored for benthic macrofauna (2 in Aiguillon Bay and 2 others in Marennes-Oléron Bay). In parallel, wintering shorebirds counts were made available by managers of Local Nature Reserves. The expanse and richness of this combined data allow us to study the drivers of spatial distribution of species (prey and predators) through its quantitative and qualitative changes in the Pertuis-Charentais since 2004. (Objective : The main objective of this research is to test the hypothesis that spatial (across the Pertuis-Charentais area) and temporal (inter-annual) changes in waders can be explained primarily by the spatial and temporal variations of their trophic resources. To meet this goal, knowledge about feeding behavior of predators, and about factors (biotic, abiotic, and anthropogenic) impacting community structures (prey and predator) and their spatial distribution must be thorough. Additional objectives will be :

Study in detail population dynamics of the main mollusc and annelid species in order to detect possible environmental changes and evaluate their potential as bioindicators for global changes. The outputs of this study would help Natural Reserves to protect not only shorebird populations in decline, but also their food resources and habitat. 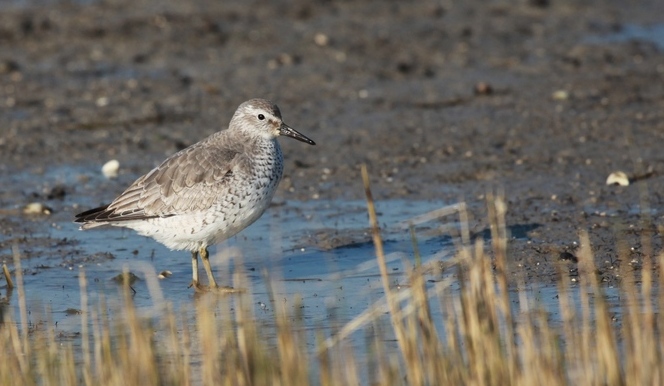