The resilience of social-ecological systems of atoll states in the context of climate change. The case of Kiribati (South Pacific)

The threats to states entirely composed of atolls from climate change and associated sea-level rise have been widely publicized. The Republic of Kiribati is an atoll country situated in Pacific Ocean settled by 100,000 inhabitants. Over the past centuries, the atoll communities of Kiribati have developed natural resource management systems that have enabled their survival. Over the past decades, globalization has caused rapid changes, especially regarding lifestyles and relationships of atoll communities to their natural environment. Given the highly integrated nature of the societal system and the ecosystem in the atolls, this thesis addresses the question of the future of atoll countries in the context of climate change by studying the resilience of their social-ecological systems (SES). Resilience is the capacity of a system to absorb disturbance and reorganize while undergoing change so as to still retain essentially the same function, structure, identity, and feedbacks. This thesis postulated that an assessment of social-ecological resilience of climate- and marine-related disturbances required a preliminary description of the structure of SES. Such description and assessments of resilience were based on conceptual models made from interviews and surveys and from the analysis of aerial imagery. The future of atoll countries is discussed considering different scenario: adaptation, transformation, migration and collapse. 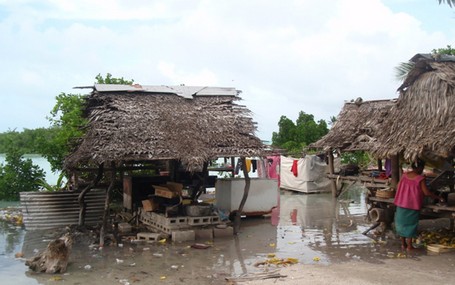 Main results of the PhD thesis : 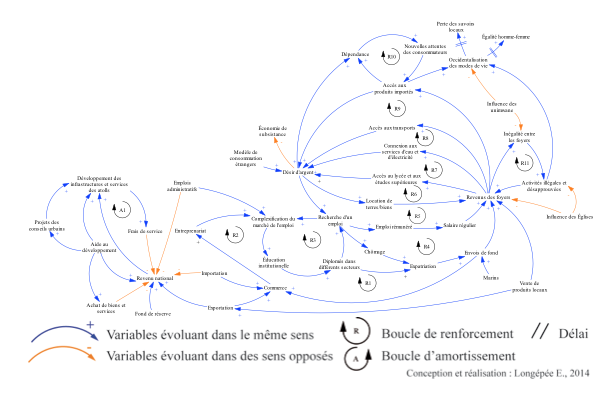